Start typing and press
Enter to search
Skip to content

Hey lovelies, I’ve got some quick updates I wanted to share with you ^_^

First of all, there’s a new vlog available to watch here – I also made my own little custom thumbnail picture so let me know what you think.

As you’ll have seen if you follow me on Instagram/Twitter, I had a photo shoot yesterday with a lovely photographer based in Edinburgh called Matt. You may remember I’ve worked with Matt previously – he was the wonderful photographer behind the “City Sights” photo set.

Once again were wandering around the city – however this time it was Glasgow – and we got to  enjoy the Christmas market and admire the fabulous street art. The shoot was a vaguely winter themed one but was really casual and great fun. I’ll be sure to post my outfit breakdown on LookBook for those that are interested. 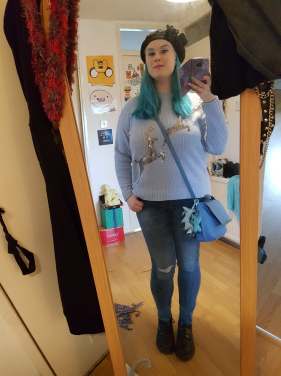 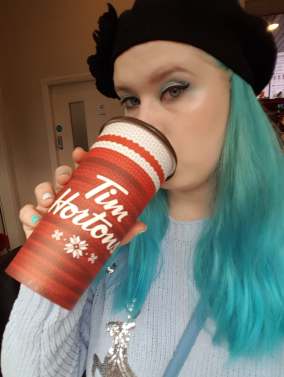 Although it has to be said that Glaswegians are certainly far more friendly and not remotely shy, haha. A fair few photos taken yesterday include random passers by that asked to jump in for a picture. Maybe we’ll make them into their own photo set, haha.

I’ve also got another photo shoot next week, with a photographer I’ve worked with once before but unfortunately haven’t gotten the photos back from just yet so I can’t show you our previous work but hopefully I’ll be getting that back next week.

For next week’s shoot it’ll be in a gorgeous apartment and will likely be focusing on lingerie sets and maybe even something Christmas themed. We’ll have to wait and see haha.

Now that #AMOTY2018 has concluded and everyone has settled back into their normal day to day lives, I’ve been thinking about next steps.

As part of that I created a Facebook group to connect all Glasgow based alternative models. My intention in setting up the group is to get all of the models to work together and hang out. I’d love to create a close knit community that has the same energy as the contestants of the competition did.

When we were all backstage getting ready it was brilliant. Everyone was so positive, giving each other support and advice – helping out however they could. It was so lovely to be a part of. Being entirely honest I’d take part in the contest just to be able to enjoy that experience again.

So I’d love for that to exist outside of the contest and in regular life. But I also want to help create opportunities for people to get more work and socialise.

I think people have a negative stereotype of models being bitchy and unfriendly when the truth tends to be the exact opposite. I think the reason that stereotype might exist is because generally speaking models are always competing with each other. Paid jobs are hard to find and making a name for yourself isn’t easy – especially if you don’t fit in to the usual model type. So I think by encouraging a stronger community attitude we might be able to finally banish the negative stereotypes that hover around models.

Unfortunately the photos from the SuicideGirls photo shoot are a little behind schedule and it now looks like it wont be until around Christmas time that I’ll be getting the photos back.

Thanks for checking in x